Sonoma County encompasses over one million acres of hills, mountains, valleys, and river drainages, including the 1,485 square mile Russian River Watershed. The County supports numerous habitats containing many plant species, some of which are found nowhere else in the world. But no natural landscape captures the feeling of Sonoma County more than its oak-studded plains and woodlands.

Planners at the County’s Agricultural Preservation and Open Space District are working to ensure that these signature oak woodlands and their tremendous biodiversity are a priority for land conservation. In July, the county adopted “Acquisition Plan 2000,” a county-wide resource assessment and conservation plan that will direct the District’s land acquisition efforts to those agricultural, natural resource, greenbelt, and recreational lands that merit protection most.

The District permanently preserves agricultural and open space lands for future generations. Created by voters in November 1990, it is one of the top-ten largest farmland and open space preservation programs in the nation and the first special district established for the purpose of protecting agricultural lands. The District is one of the few jurisdictions in the nation to fund its land conservation activities with a sales tax, which generates about $13 million annually. The voter-approved, 1/4% sales tax that funds the District’s agricultural and open space acquisitions over a 20-year period expires in 2011.

The District’s primary tool for acquiring interests in land is the “conservation easement”, which limits development and other uses of the property to protect its conservation values, while leaving the land in private ownership. To date, the District has completed 80 land conservation projects and protected over 27,000 acres of agricultural and natural lands at a cost of $50 million.

In February 1999, the District and the University of California’s Integrated Hardwood Range Management Program entered into a research agreement to develop a systematic plan for open space acquisition in Sonoma County. Initially, GIS analysts Colin Brooks and Nancy Wright compiled available digital information on the agricultural, open space, and natural resources of Sonoma County. Utilizing conservation science, geographic information system (GIS) technology, and landscape-level planning, IHRMP and planners at the District drafted open space maps that identify and prioritize lands of high conservation value. These maps were reviewed, critiqued, and updated by a broad spectrum of local agricultural, planning, and natural resource professionals invited by the District to share their specialized knowledge about Sonoma County. Based on the open space maps developed by the University and with input from a Working Group of District advisors, an acquisition strategy was then developed for four distinct “acquisition categories” that represent the District’s conservation mission and priorities: Agriculture, Greenbelts, Natural Resources, and Recreation.

This new plan includes a consistent and scientific rationale for prioritizing certain areas of the County for conservation; objective criteria for evaluating the conservation potential of individual properties; and a GIS database that can be readily updated as new information becomes available. District staff will be able to use the GIS as a tool to evaluate each potential acquisition based on such mappable characteristics as location, existing natural and agricultural resources, proximity to protected lands, and potential risk of loss. This information will be considered with non-mappable acquisition and transactional criteria developed by the District in making a final decision on conservation priority projects.

We used the following criteria and mapping process to prioritize oak woodlands. All hardwood-dominated communities were first identified from the California Department of Forestry (CDF) vegetation map, which is based on 1990 satellite imagery with 100-foot by 100-foot resolution. Hardwoods in coastal forests were then removed in order to prioritize interior true oak dominated communities. The remaining interior oak woodlands were then prioritized by selecting only large continuous stands of oaks (a minimum of 250 acres in the northeast part of the county where extensive habitat remains, and 50 acres minimum in the southeast portion of the county where rermaining patches of oak woodland stands are smaller). All oak woodlands included in the oak woodland priority map were below 1,700 feet because these low elevation areas were considered to be more susceptible to development. In the Laguna de Santa Rosa, all hardwoods mapped by CDF and found on aerial photographs were used to identify remaining Valley Oak trees, which were also included on the oak woodland priority map.

What this Plan will do for Oak Woodland Conservation

Acquisition Plan 2000 has important implications for conserving oak woodlands in Sonoma County, where 90 percent of lands are in private ownership. Oak woodland habitats are estimated to cover approximately 20% of the landscape and are at risk from residential development, agricultural conversion, clearing for firewood, poor regeneration, and disease. Some types of oak woodlands face greater threats than others, such as oaks located on lower elevation slopes and valley bottoms where development is increasing. Valley oak woodlands are especially rare in Sonoma County and are declining statewide (see Valley Oak article page 5-6). Biologists and planners concerned with preserving oak woodland biodiversity realize that successful conservation efforts must consider privately held lands and incentives to private landowners. When adopted, Acquisition Plan 2000 will: 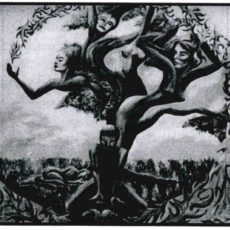