Are oak trees an important component for sustaining ecosystem productivity in California oak woodlands? A research project sponsored by the Integrated Hardwood Range Management Program examining nutrient cycling is showing that oak trees play a major role in maintaining the nutrient status of these ecosystems. Each year, a typical blue oak (Quercus douglasii) will return approximately 2, 1, 2.5, and 1.8 kg of nitrogen, phosphorus, calcium and potassium, respectively, to the soil surface in the form of litterfall (leaves, twigs and acorns) and canopy throughfall (canopy leaching). While these values may appear low, multiplying by all the oaks in a watershed results in very large quantities of nutrients. 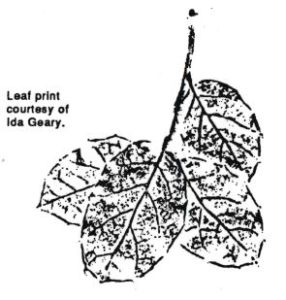 Nutrients contained in litterfall are slowly released by microbial decomposition resulting in replenishment of nutrient pools beneath the oak canopy. Concentrations of major nutrients in the soil solution beneath an oak canopy are 2-10 times higher than in soil solutions in adjacent grassland soils indicating a more nutrient rich soil environment beneath the tree canopy.

This loss of soil nutrients is confirmed by studies examining forage production following oak tree removal. These studies consistently show increased forage yield immediately following tree removal due to removal of competition for nutrients, water, and light by the oak trees. However, forage yields show a steady decline following the initial peak and fall below pre-tree removal levels after approximately ten years. This indicates that the effects of oak trees on the soil nutrient status are short-lived following their removal and that nutrient reserves are quickly depleted by leaching.

Engelmann Oaks Are Returning Where They Can